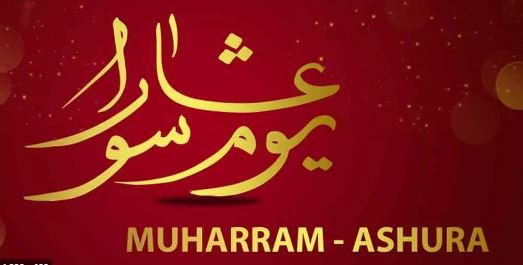 When ’Ashura arrives this year, remember that is a day of tests and relief, on which even the Prophets (as) and their families and followers were tested. It is a day which Allah has placed in His own month, Muharram, which is called the Month of Allah. It is a day where we should truly feel close to Him, asking only Him for relief from any hardship we’re facing, and thanking only Him for our ease and comfort.

the 10th of Muharram, also known as ’Ashura, one of the most historically significant and blessed days in the year.

Allah (swt) says in the Qur’an, ′And We certainly sent Musa with Our signs, [saying], “Bring out your people from layers of darkness into the light and remind them of the days of Allah”. Indeed in that are surely signs for everyone who is patient and grateful’. [Qur’an, 14:5]

’Ashura is one of these days of Allah, and it is thus important to respect and pay attention to its virtues and history.

According to Imam Al-Ghazali, writing in his Mukhashfa al-Qulub, Umar ibn Al-Khattab (ra) was asked why the day of ’Ashura was considered so noble. Umar (ra) listed a few events which had taken place on ’Ashura, including:

Therefore, since before the beginning of human history, ’Ashura has been filled with significant events.

Ashura Muharram and other prophets (as)

According to Al-Jilani, other Prophets (as) also went through significant events on ’Ashura, including:

Thus, Allah tested his Prophets (as) on ’Ashura, and blessed them, and saved them, and forgave them, and took them back to Him. He (swt) favoured them in all these ways, for even His tests are a favour and a blessing, as the Prophet (saw) said, ‘When Allah loves a servant, He tests him’. [Tirmidhi]

It is impossible to mention how Allah tested His servants on ’Ashura without mentioning Husayn (ra), the son of Ali (ra) and the grandson of the Prophet Muhammad (saw).

Numerous narrations show the great affection the Prophet (saw) had for his grandson:

Abu Hurayra said, ’Once when al-Husayn was of tender years, the Prophet, holding his forearms out, said, “O al-Husayn! Climb up! Climb up!” He started to climb till his feet were on the chest of the Prophet, and both were face to face. The Prophet kissed him with great fondness and said, ”O Allah! I love him. You too love him!“′ [Bukhari]

The Prophet (saw) also said, ‘Whoever loves me and these two, along with their mother and father, they will be with me on the Day of Judgement’. [Tirmidhi]

He (saw) also said, ’I am from al-Husayn and al-Husayn is from me. Allah loves the one who loves Husayn…′ [Tirmidhi]

On 10th Muharram, Allah took Husayn (ra) back to Him. The details of how he and his family were killed are painful to recount. Like Allah’s prophets (as), they were tested with immense hardship on ’Ashura and in the days leading up to it. We pray Allah rewards them immensely and with the highest status possible, and we pray He grants us even a fraction of their devotion and patience, ameen.