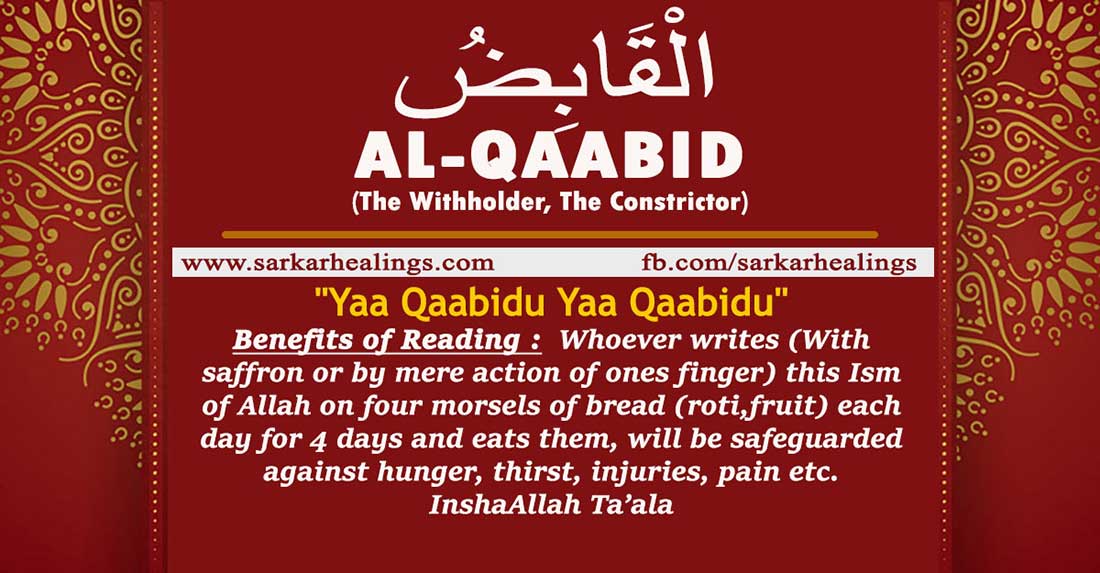 Ya Qabidu Wazifa Benefits of Zikrullah

The Withholder,  The Restrainer,  The Constrictor 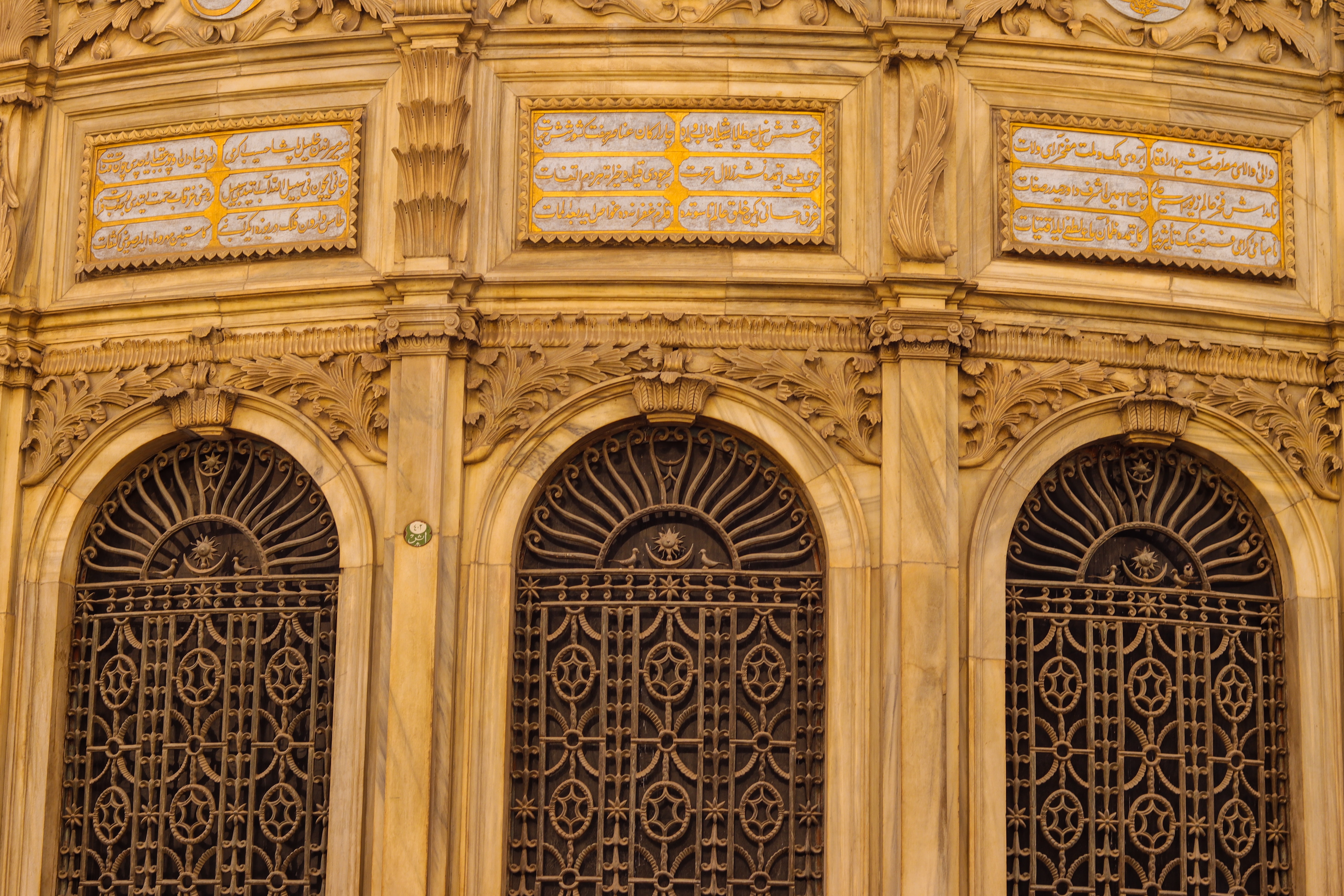 The One whose wisdom may elect to withhold joy and expansion of the heart.

The One in whose hand all hearts are held. The One whose hand collects all souls at the time of death.

From the root q-b-d which has the following classical Arabic connotations:

to take in the hand, clutch, lay hold of
to grasp, grip, seize, hold firmly
to have absolute ownership of something (hold in the hand)
to give and take (hand over and take in hand), barter
to contract, shrink, draw together, collect together
to draw in (as a bird contracting a wing)
to withhold, make scanty, make scarce
to contract the heart, i.e. distress, depression, lack of joy

The name Qābid is not specifically used as a Beautiful Name in the Qur’ān.

The underlying roots of Qābid give a sense of give and take, a movement back and forth, an underlying rhythm of ebb and flow, like the rhythmical folding and unfolding of a bird’s wings in flight, or the rising and setting of the sun, or the endless cycles of life and death.

The Arabic lexicon and commentary Tāj al-‘Arūs, as interpreted by E.W. Lane, says:

Qabd [Qābid] and Bast [Bāsit] are terms applied by the investigators of truth among the Sūfīs to the two contrary states of the heart, from both of which it is seldom or never free: the former being an affection of the heart withholding it from dilation and joy; whether the cause thereof be known, as the remembrance of a sin or an offense, or of an omission, or be not known…

Benefits of Zikrullah Ya Qabidu Wazifa :

Whoever writes (With saffron or by mere action of ones finger) this Ism (Ya Qabidu) of Allah on four morsels of bread (roti) each day for 4 days and eats them, will be safeguarded against hunger, thirst, injuries, pain etc.
Insha-Allah.

Benefits of Zikr (Ya Allahu) Ya Qabidu often

Those who want Taweez, Naqash of Ya Qabidu Benefits , please send contact by email- sarkarhealing@gmail.com

Ya Qabidu Wazifa Benefits of Zikrullah