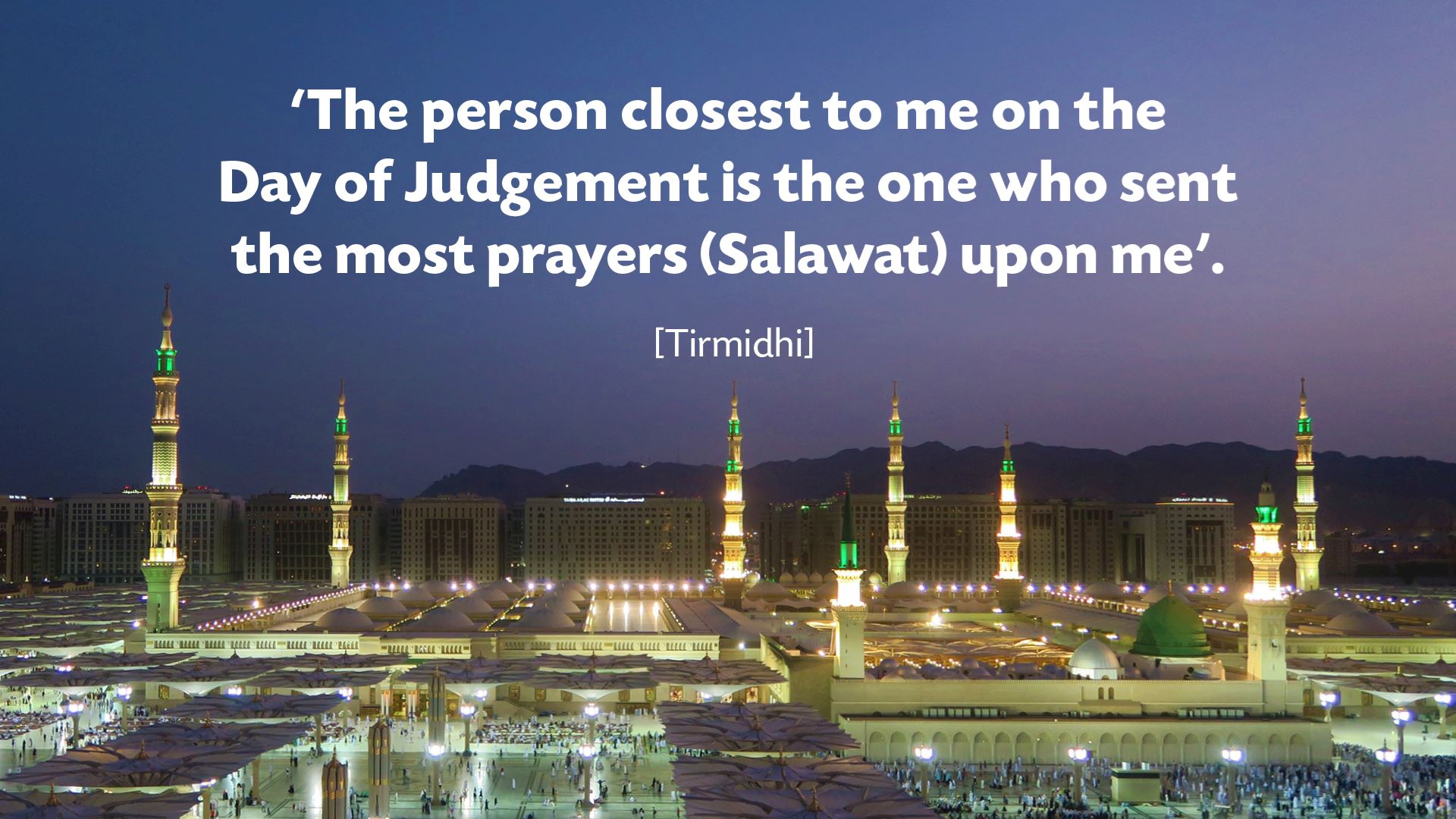 Excellence Of Salawat In light of 2 Hadith

Allahﷻ says in the Holy Quran:

إِنَّ ٱللَّهَ وَمَلَـٰٓئِكَتَهُۥ يُصَلُّونَ عَلَى ٱلنَّبِىِّ ۚ يَـٰٓأَيُّهَا ٱلَّذِينَ ءَامَنُوا۟ صَلُّوا۟ عَلَيْهِ وَسَلِّمُوا۟ تَسْلِيمًا
{Truly, Allah and His Angels send blessings upon the Prophet. O ye who believe send blessings and abundant salutations.}`{Al-Qur’ān 33:56}This verse gives us the beautiful virtue of sending blessings and salutations upon the Messenger of Allah (peace and blessings be upon him). Allahﷻ announces that He and His Angels send salawāt/durūd sharīf. Allahﷻ then instructs for those who possess faith to also send salawāt in abundance. This beautiful aspect is that following this command aligns the heart and soul with Allahﷻ’s wish and that the invoker is raised to be amongst the Angels again.
Thus, sending salawat became a preoccupation for the Muslim Community which is echoed in the many hadith regarding how the blessed Companions engaged with salawāt.The Muslims that followed continued on the same way with many pious men of Allahﷻ and scholars penning different salawāt formulations. The righteous often recited hundreds and thousands salawat everyday both in private and in public.
Few traditions about the virtues about the Excellent Merit of Invoking Blessing and Peace upon the Prophetﷺ from the hadith collection Al-Minhaj us-sawi authored by Shaykh ul Islam Dr. Tahir ul Qadri are being reported here:

According to al– Hasan b. Ali(Radiyallahu Anhu):“Allah’s Messengerﷺ said:‘Wherever you may be, invoke blessing upon me. Surely, your invocation of blessing reaches me!’”

Reported by Ahmad and al-TabaranÏ (the wording is his) with an excellent chain of transmission.

According to Hadrat Umar b . al-Khattab(RA):“Supplication is halted between the heaven and the earth, and no part of it ascends until you invoke blessing upon your Prophetﷺ.”[•al-TirmidhÏ in al-Sunan, Bk.: al-Salat [The Ritual Prayer] according to Allah’s Messengerﷺ, Ch.: What has come to us about the excellent merit of invoking blessing upon the Prophet(peace be upon him), 2/356 §486. •al-MundhirÏ in al-TarghÏb wa al-TarhÏb, 2/330 §2590.

Excellence Of Salawat  Hadith #3 According to Hadrat Ali(RA):“Every supplication is kept veiled until blessing is invoked upon Muhammadﷺ and the family of Muhammad.”

If you need spiritual guidance can contact via WHATSAPP

Excellence Of Salawat /Durood In light of 2 Hadith