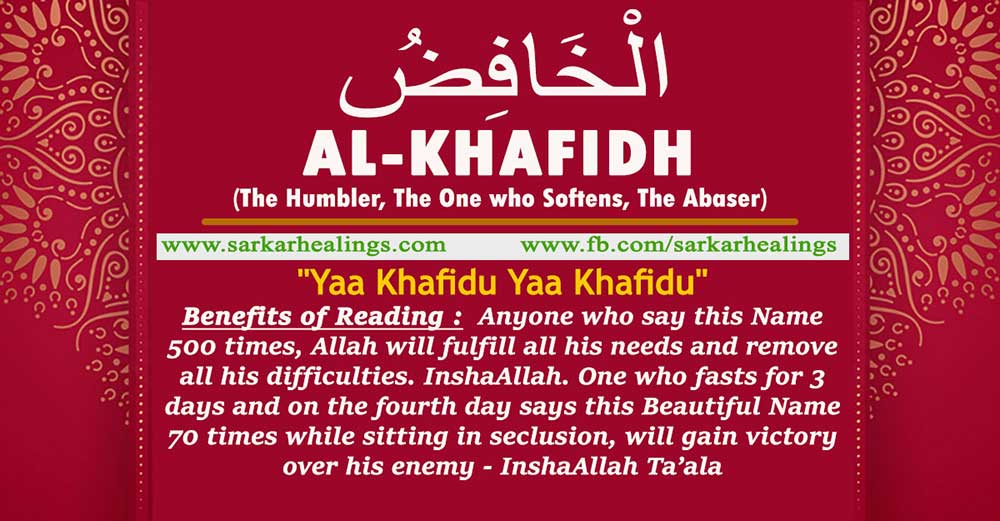 Ya Khafid Wazifa 2 Benefits of Zikrullah

Allah Most High is the one who raises His creatures to honor and fame, and who can cast them down to be the lowest of the low.  Often this action of the Creator is manifested in the states of those who do not recognize Allah, refuse to obey His rules, and exalt themselves in arrogance, becoming tyrants who dismiss the rights of others. 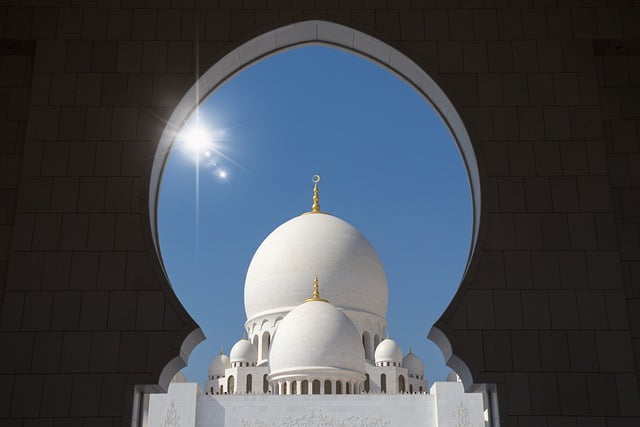 The one abased by Allah can only be raised by Him.  Allah is merciful.  Such treatment may shake the heedless out of their sleep.  Then, although painful, the state of abasement at the hand of al-Khaafid becomes a great gift for the one who wakes up and sees the hand that raises and the hand that lowers.

Ya Khaafid -The Humbler,  The One who Softens,  The Lowerer

The One who chooses the ones to be humbled, softened, made gentle.

The One who decides which ones to weaken or diminish.

The One who humbles the proud, haughty or insolent, to awaken them from their sleep.

From the root kh-f-d which has the following classical Arabic connotations:

The name Khāafid is not specifically used as a Beautiful Name in the Qur’ān.

The names Khāafid and Rāfi’ are often used together to acknowledge the way that balance and harmony are established and maintained though the interplay of cause and effect.

Benefits of Zikrullah ya Khafid :

Those who want Taweez, Naqash of Ya Khafid Benefits, for any problem in life, You can send contact by email- sarkarhealing@gmail.com or WHATSAPP

Ya Khafid Wazifa 2 Benefits of Zikrullah