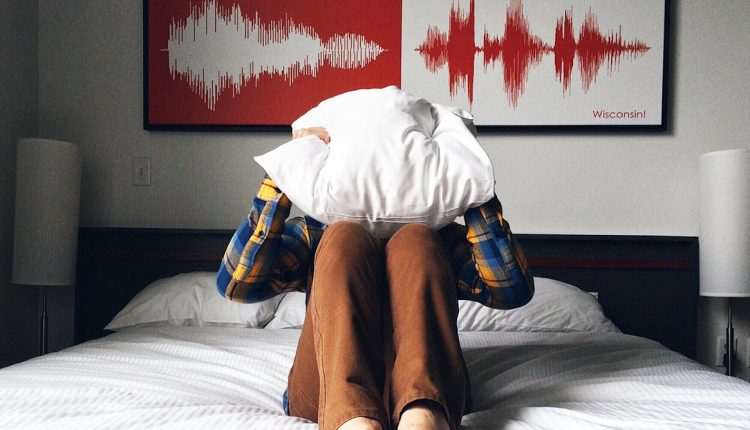 Allah (the Supreme) says: ] And who guard their private organs. Except from their wives or the legal bondwomen that they possess, for then there is no blame upon them. So whoever desires more than these two – they are crossing the limits. [Surah Mominun 23:05-07]

Suhail son of Sai’d (may Allah be pleased with them) narrates that the Holy Prophet (Allah’s’ blessings & peace be upon him) said: Whoever gives me the assurance regarding what is between their jaws and their legs (i.e. not to unlawfully use the tongue and the private parts), I give them the assurance of Heaven. (Bukhari)

Abu Hurairah (may Allah be pleased with him) narrates that the Holy Prophet of Allah (Allah’s blessings & peace be upon him) said: Whoever Allah protects, from the evil of what is between their jaws and between their legs, will enter Paradise. [Tirimzi]

Imam Shamsuddin Zahabi (may Allah be pleased with him) narrates a Prophetic narration that, “Seven people are such that Allah has cursed them and He will not even cast a look of mercy upon them on the Day of Judgment. Allah will tell them to enter Hell with the people who are going to Hell, except those who repent.

1. One who performs sodomy.
2. One upon whom the act of sodomy is performed.
3. One who does bad deeds with animals.
4. One who marries his mother or sister.
5. One who masturbates.” (The words of the hadith says these seven people but the narrator lists five – Kitab-ul-Kaba’ir p.48)

Allama Aalusi further says: Saéed bin Jubayr (may Allah be pleased with him) narrates that the Holy Prophet (Allah’s blessings & peace be upon him) said: “Allah, the Supreme, will inflict punishment on a group of people because they misused their private parts.” (Ruh-ul-Ma’ni p. 291)

Syedna Anas (may Allah be pleased with him) narrates that the Holy Prophet of Allah (Allah’s blessings & peace be upon him) said: “The person who performs marriage (nikah) with his hands (i.e. masturbates) is cursed.” (Fatawa Razaviyya, Vol. 10, p.80)

Abdullah bin Masood (may Allah be pleased with him) reports that the Holy Prophet (Allah’s blessings & peace be upon him) said: “O group of youth! Whoever from among you can marry should do so because it keeps the gaze low and it protects the private parts. And he who cannot marry should fast because fasting breaks lust.” (Muslim – Book of Marriage)

It is written in “Durr-e-Mukhtar” (Vol. 2, Pp 109) (by Sheikh Alla’ud Din Muhammed son of Ali Haskiffi, died 1088H): ‘If there is fear of committing adultery then it is hoped that there is no punishment on the one doing this (masturbation)’. Allama (Syed Mohammed Amin Ash-Shaheerba Bin Abideen) Shami, (may Allah’s mercy be upon him, died 1253H) has also argued on this quite a lot and decided that if he does this with the intention of saving himself from committing sin it will not be a sin and if he does it with the intention of enjoyment he will be a sinner.”

The Holy Prophet (Allah’s blessings & peace be upon him) said, “Undoubtedly, virtues wipe away sins”. Therefore a masturbator must repent sincerely with an intention that he will never commit it again and do good deeds.

According to a Prophetic narration, “The one who repents is like one who has not sinned.”

1. Spiritual Harms:
The spiritual harms include the effects of the sin on one’s faith and religion. Some of the ill effects include:
● A decrease in Taufiq (success granted by Allah).
● Corrupt and evil ideas. Aversion and hard-hardheartedness towards people.
● A person becomes gloomy and depressed. He loses his cheerfulness.
● A person may be deprived of knowledge as well.
● It becomes difficult to remain steadfast on Deen. His nafs will get better off him. Shaitan will make him follow his lust for more evil and hence a person will not feel good about religion and try to avoid anything good.
● As long as the person is trapped in this evil, he will lose his friends and will hate the good company. Thus falling into more depression and loneliness.
● A person is deprived of good adhkar. I.e. Tahajjud, fasting, Recitation of Quran, Salah etc. How many of our youth have lost interest in religious activities? How many of our young brothers and sisters are deprived of various good deeds (like tahajjud, salah and Quran recitation)?
● A person becomes weak and submits to the whispers of Shaytaan and his low self-instructs him to do more evil until evil us all that he does!
● He will have no strength to oppose his desires and lust. His nafs will order him and he will carry on.
Hasan Basri (Rahmatullahi alaihi) has said: “A person deprives himself of performing Tahajjud by committing sins.”

2. Physical Harms
Some may have exaggerated its effects but indulging in evil comes with a price.
Medical science has proven various ill effects of Masturbation and has termed it as the cause of a number of diseases. Many of our brothers and sisters are already aware of these harms. Some among us may be facing some of those issues and can testify as well. Among the physical issues are:
● Sexual organs are weakened and a partial looseness is created in it.
● The nerves are generally weakened as the result of exertion caused by Masturbation.
● It affects the growth of the limbs especially the outer part of the urethra (duct through which urine is discharged from the bladder and the testicles). Hence it does not reach the limit of its normal growth.
● In men, it creates seminal inflammation in testicles which causes quick ejaculation of sperm.
● It causes lower back pain, spinal cord, and vertebral column pain. The pain may cause crookedness and twist in back.
● It causes legs to shiver.
● Cerebral glands of the brain are weakened. The power of perception and reason is weakened.
●It leads to weakness of memory.
● Eyesight gets weakened.
● It causes premature aging.
● The very delicate and fine nerves and veins of sexual organs are very delicate, they become weak and hence results in sexual impotency.
● It results in excessive wet dreams.
● It reduces the natural resistance of the body.
● It causes harm to the four principal organs in the body viz, the heart, brain, liver, and stomach.
● It causes excessive loss of blood. It takes 80 drops of blood to produce one drop of sperm
● It weakens the bladder.

3. Psychological and social Harms.
● The psychologists say: “Here the awareness of a misdeed and the feeling of a sin occurs to those youth who practice this vile act in such a way that within themselves there is a struggle between the desire to practice this vile act and the remorseful feeling of a sin.”
● The excessive practice of this evil results in cowardice and nervousness.
● A person is left with low self-esteem and no confidence.
● It leads overwhelming urge to be isolated and decreases the urge to do any useful work.
● Excessive practice leads to addiction and attachment. A person does it as a habit to attain and satisfy his carnal appetite and -desire. Ibn Qayyim (Rahmatullahi alaihi) has said:
“Many sinners sin without deriving any pleasure and urge except that they experience pain in quitting it.”
If you are experiencing any of the above symptoms, its time to introspect and stop this evil practice and repent sincerely.
May Allah heal those who are affected this this evil.

DUROOD-E-IBRAHIMI Benefits,Allah and His Angel Send Durood on Prophet (saw)