Healing by Yaqeen, Power of Belief

Healing by Yaqeen, Power of Belief

Tibb-e-Nabawi is the divine medicine that was Gifted by Allah to Prophet Muhammad Salallaho Alaihe Wasallam by WAHEE (revelation). It is the true healing for both the body & soul, for the doctor & patient, for the sick & healthy.

While seeking Shifa from the un-seen treasures of Allah The AlMighty, YAQEEN ~ BELIEF is the most vital medicine. Belief is the foundation of Tibb-e-Nabawi, Healing By Yaqeen.

In fact, only a person obedient to Allah is capable of developing such a strong belief on Allah’s treasures, and SHIFA (cure from disease) is one of those treasures. On the contrary, a sinful person is unable to have a firm belief on Allah’s Powers, sins drive him / her away from Allah’s Mercy & Shifa (cure from disease) is also a part of Allah’s Mercy & Blessing.

So to be an obedient slave & keeping yourself away from sins is the 1st necessary step of having a strong YAQEEN on Allah. Once a human is capable of self-control within the limits of Halaal & Haraam, his / her heart starts to produce the YAQEEN.

A week belief spoils the connection between patient & THE HEALER, i.e. the human & his CREATOR. Healing By Yaqeen is very powerful and effective which are been used used.

When the heart accepts that a certain medicine carries the cure, the body will feel an elevation in its strength and in the instinctive heat that will help the body get rid of and extract out the harmful substances. On the other hand, sometimes an effective medicine fails to work because the patient does not believe that it will cure him, and consequently, his body neither accepts it, nor benefits from it.

Even the Quran, which is the best, most beneficial remedy ever, both in this life and in the Hereafter, and which is a cure for every disease, will not benefit the heart that does not believe in its value as a cure and a remedy. Rather, the Quran only adds more disease to such evil hearts.

There is not a more effective cure for the diseases of the heart than the Quran, for it completely eradicates the ills of the heart, preserves the heart’s health and wellbeing and defends it against all that might bring harm to it. Yet, most of the hearts ignore the Quran and do not believe in it, and thus refrain from using it.

Instead, such people refer to other types of medicine that were prepared by their like 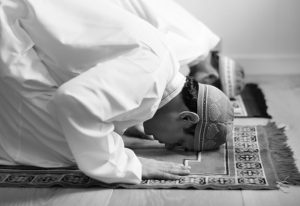 from among mankind, thus preventing their hearts from benefiting from the Quran. Consequently, the symptoms that attacked their hearts will persist and will expose their hearts to even more ailments.

By the passage of time, both the doctors and the patients will get used to the medicines produced and prescribed by their like, leaders, or those whom they respect. In this case, disasters will accumulate and the diseases will become harder to cure. And the more they (those who ignore the Quran) use these medicines, the more strength they will add to the ailment”.

Disease comes by Allah’s Will & Shifa also comes from Allah’s treasures of the un-seen, and if Shifa is delayed, it is due to Allah’s Wisdom & Hikmah.

Allah Knows the best why He Sends the disease to His slaves; but taking the pain with SABR; raising your hands in Duas for seeking Shifa; tears dropping out of your eyes, waiting for the cure to come down from the skies and Subhanallah that a slave learns and gets closer to his Lord during the process of Disease ~ Medicine ~ Cure. And even Allah Comes so close to His slave while the slave is sick.

Healing By Yaqeen some people refer to law of attraction, in medical science the concept of placebo, so many different name and versions.

IF You need Spiritual guidance for any problem in life, You can send contact by email- sarkarhealing@gmail.com or WHATSAPP